Tiara’s daughter Ciara (by Cristallo I) was able to win tests for young show jumpers up to medium (M) level. 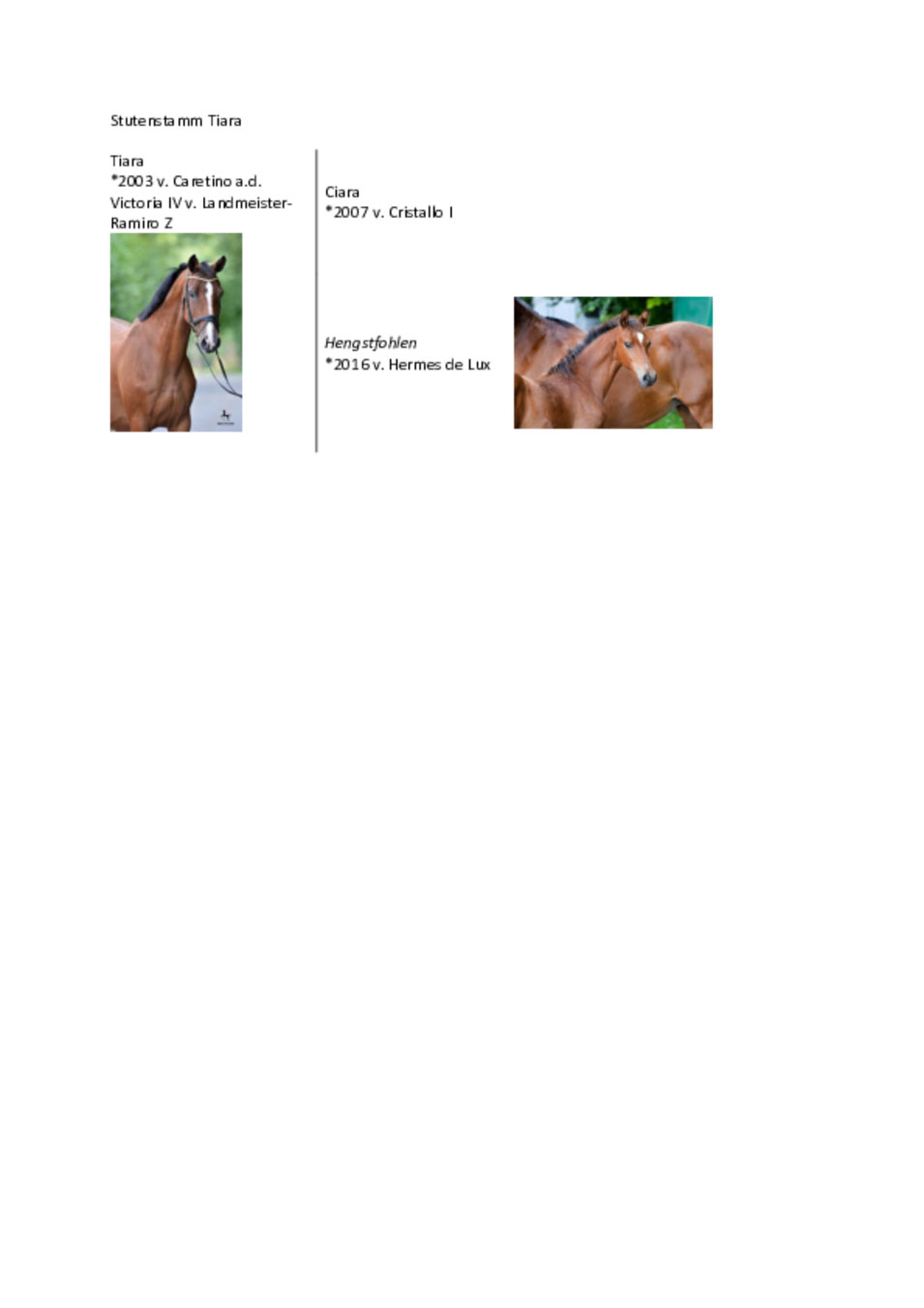 Tiara was successfully shown in show jumping competitions as a five year old and passed her mare performance test with an excellent overall score of 8.58, the judges awarded her the highest score of 10 for rideability.

The third sire, Ramiro Z, was successful in the advanced level with Fritz Ligges. He produced 50 licensed sons and his almost 150 S-successful offspring have a lifetime earnings of 2.9 million Euros. Above all, the Olympic Champion, World Champion and double European Champion Ratina Z with Ludger Beerbaum.

Many other advanced (S) level show jumpers and the stallions Lorgus I (by Lorenzo I), Lorgus II (by Lorenzo I), Magnus (by Matador), Champion du Lord (by Champion F.P.), Countdown Zero (by. Caletto III), Sagnol (by Sandro Hit), Quirinus (by Quidam de Revel), Loewenherz (by Landgraf I), Cracker Jack (by Caretino), Rubitano (by Rubin-Royal), Rolex (by Raimondo), Leandro (by Lenz) and Leroy (by Landgraf I).