for 2021 bearing from Escolar 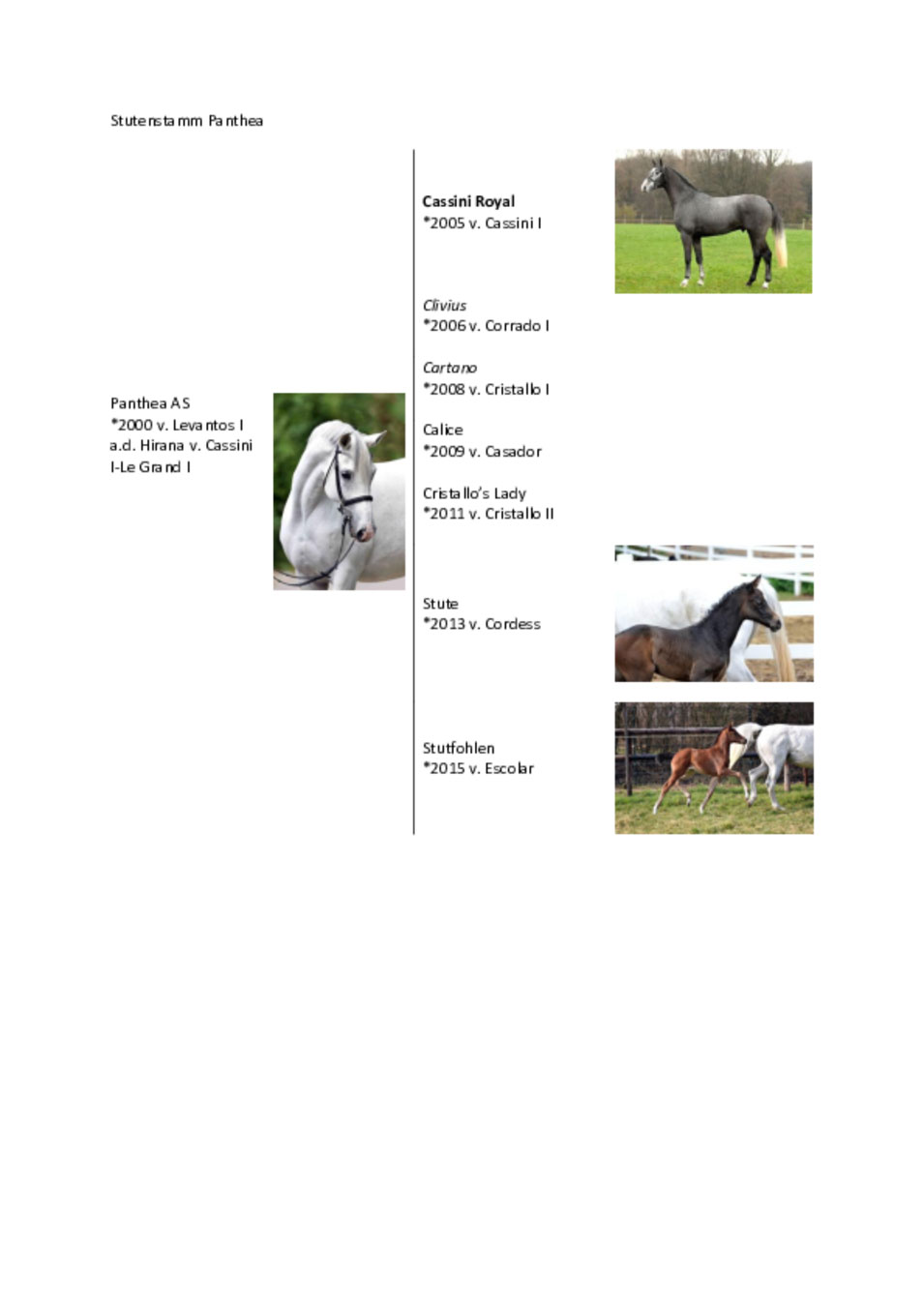 The sire Levantos, grandson of the famous Ladykiller xx and 2nd Reserve Champion of his licensing in Holstein in 1992, placed in tests for young show jumpers. Eleven of his sons were licensed, among them Love and Jump, Levantino H, the HLP winner Lichtenau and the reserve winner Levaro. His successful offspring include Lou Bega/Katharina Offel.

The dam Hirana also produced the mare Odysee II (by Lordanos), who was the dam of the licensed stallion Contagio (by Colman), who was internationally successful under Gerrit Nieberg.

The dam’s sire Cassini I was successful in the international show ring under Franke Sloothaak. 75 of his sons were licensed, 15 daughters received the State Premium. His most successful offspring include the individual World Champion Cumano/Jos Lansink/BEL and the Team World Champion Berlin/Gerco Schröder/NED.

Via the proven double sire Le Grand I (by Lord), who himself was successful in advanced (S) level dressage competitions, and Ahorn Z, who comes from the combination of the two top show jumpers Almé Z and Heureka, the pedigree continues to be saturated with performance.

The stallions Corelli (by Calvados II), Clueso (by Catoki) and Colorado (by Casall Ask) and the show jumper Utopia/Marcel Marschall also come from the Holsteiner Stamm 579.