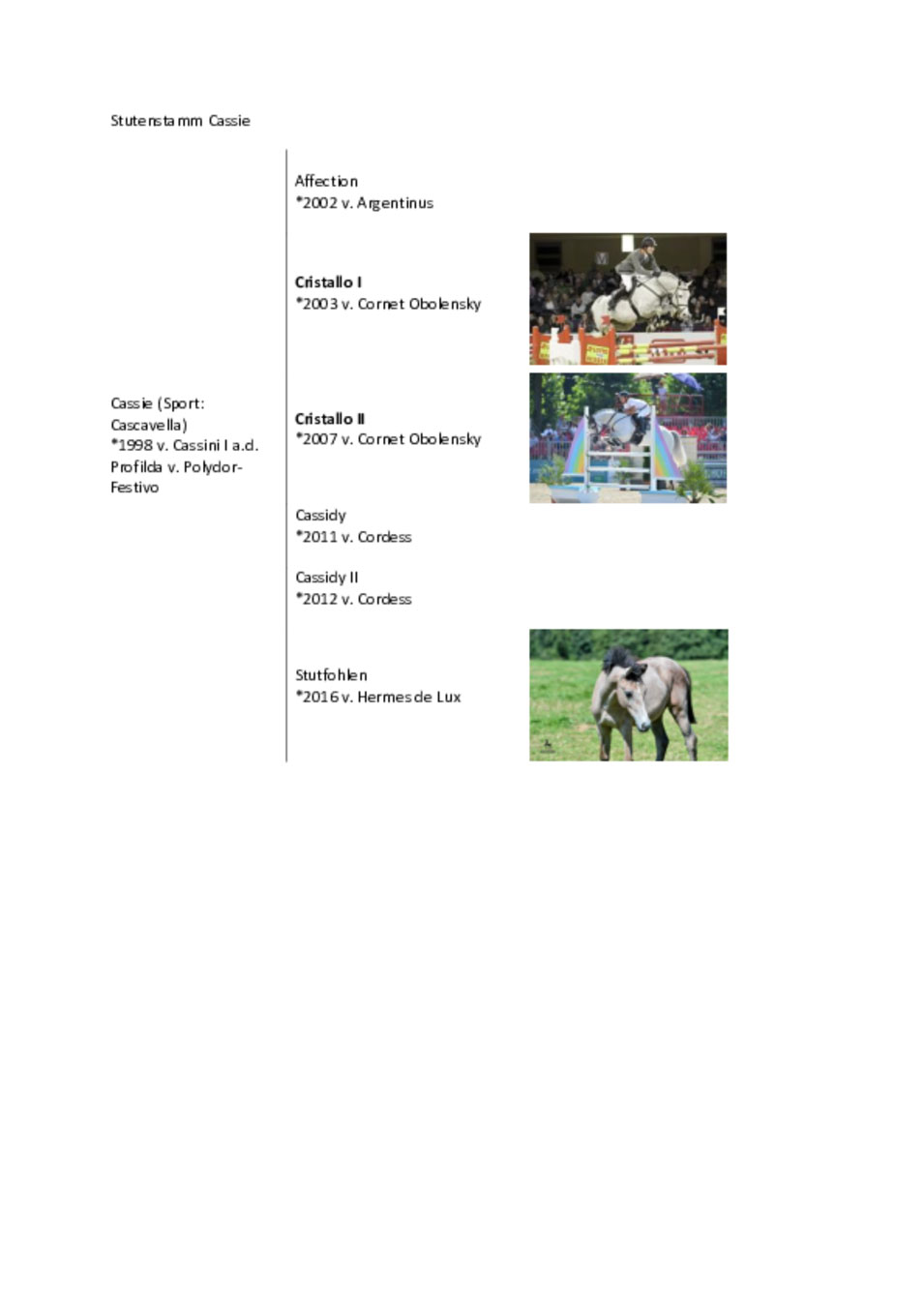 Cassie was successful in show jumping competitions up to medium level under the sport name Cascavella.

The sire Cassini I was highly successful in international show jumping under Franke Sloothaak. Numerous of his offspring emulate him, so can show almost 350 successes in heavy competitions and gave him an offspring lifetime earnings of 3.8 million Euros. In addition, 75 of his sons have been licensed.

The third sire Festivo was himself successful in advanced dressage competitions and placed at the Junior European Championships in 2001 and 2002 under Danielle van Aalderen/NED. He has one licensed son, 22 state premium daughters and ten S-successful offspring.

The mare line also produced the stallions Apartos (by Apart) and Avocado (by Apart).