Carentina produced a filly by Cristallo I in 2016. 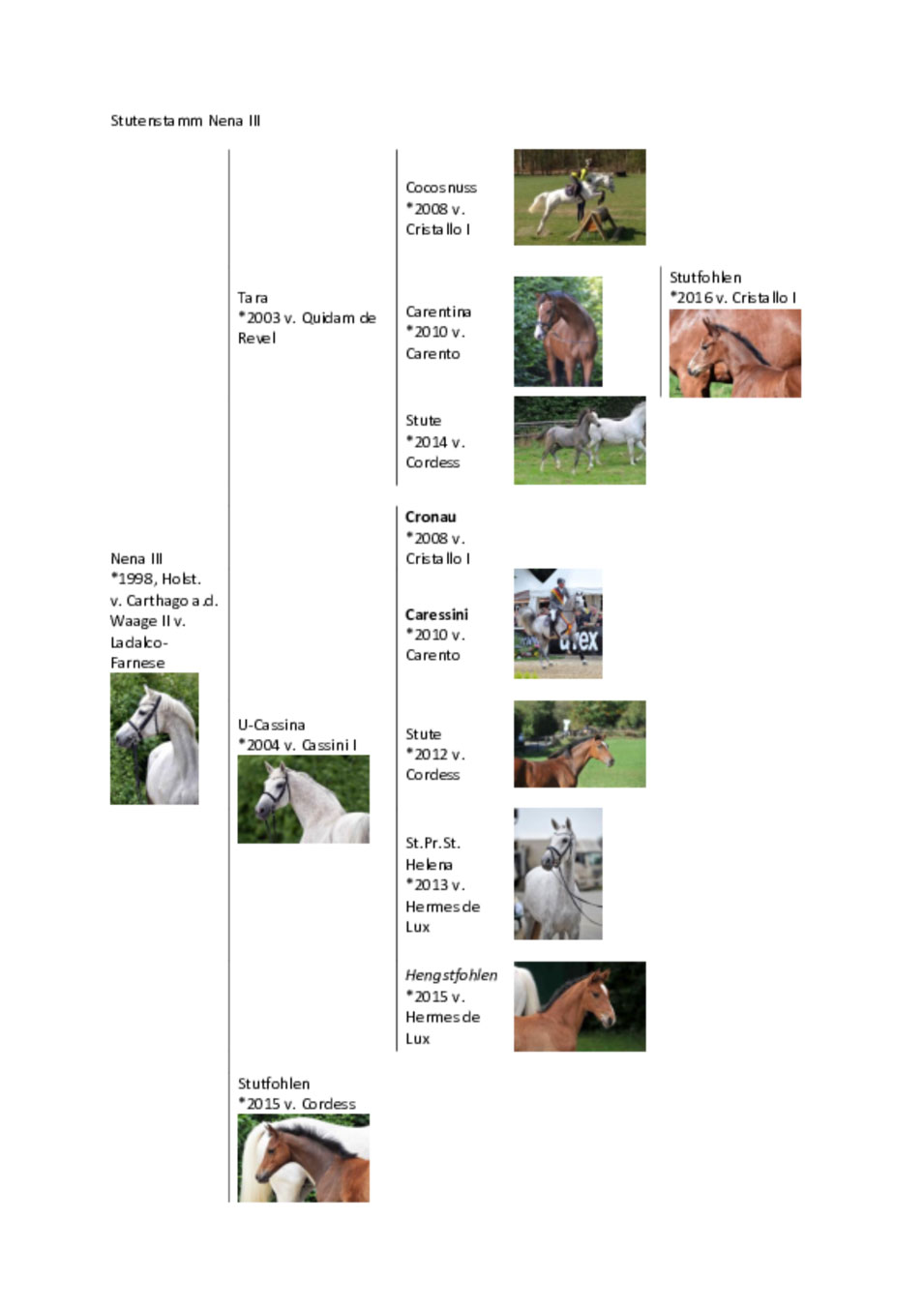 The sire Carento comes from his own breeding and was able to win jumping competitions up to medium level under Henrik Eckermann/SWE, among others he placed seventh in the Bundeschampionat Final in 2011. Three of his sons have been licensed so far, including the Federal and Westphalian Champion Caressini and the Vice-Westphalian Champion Cariscar.

The dam Tara produced Cocosnuss (by Cristallo I), who was successful in medium (M) level show jumping. Her half-sister U-Cassina (by Cassini I) is the dam of the licensed stallions Cronau (by Cristallo I) and the already mentioned Caressini. Her daughter Helena (by Hermes de Lux) received the State Premium in 2016 and placed fourth in the final ring of the Westphalian Elite Mare Show.

The dam’s sire is the sire of the century, Quidam de Revel. He was ridden by Hervé Godignon/FRA in international show jumping from 1988 to 1993. The pair took fourth place with the team and sixth place in the individual classification at the 1991 European Championships in La Baule/FRA. At the 1992 Olympic Games in Barcelona/ESP the pair won team bronze and took fourth place in the individual competition. In addition, they won numerous Nations Cups and Grand Prix. From 1993 onwards, Quidam de Revel continued his career under the Danish siblings Charlotte and Thomas Velin and placed in World Cup show jumping competitions, among others.

Via Carthago, Ladalco and Farnese, further performance guarantors follow in the back generations of the pedigree.